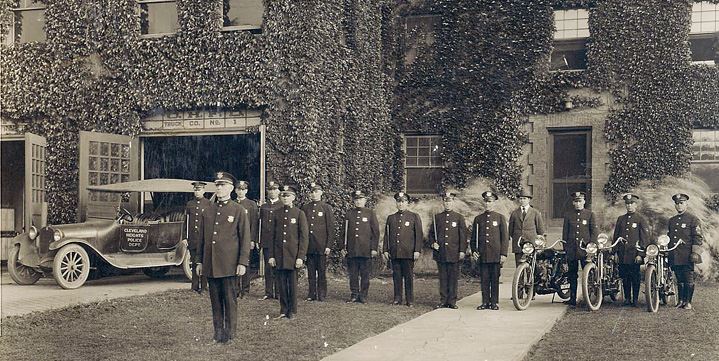 The Cleveland Heights Division of Police, known for its superior response times, continues to be on the cutting edge of education and training in the police profession. For the past 30 years, the Cleveland Heights Police Academy has educated not only Cleveland Heights police officers, but also provides basic training for more than 130 police agencies across Ohio. The Academy trains more officers than any other police academy in the state, and its most recent graduating class posted the highest average score yet seen on the Ohio Peace Officer examination.

The Cleveland Heights Division of Police advocates the pursuit of higher education by police officers and is among the first law enforcement agencies to recognize college as a means for police officers to become more capable in their duties, with a broader world view and respect for diversity. The Police Division's officers are among the most highly educated officers in the state of Ohio. Fifty-three of the division's officers hold college degrees. Six officers hold Juris Doctor degrees, and another six hold master's Degrees. In addition, more than two dozen officers are currently enrolled in college classes.

The Police Department uses proven technologies to assist in performing traditional police functions. Mobile Data Terminals allow police officers in their cruisers to obtain instant checks with the Ohio Law Enforcement Automated Data System and the National Crime Information Center for warrant information, and to retrieve data from the Bureau of Motor Vehicles. Computer technology has also given the Detective Bureau new crime-fighting tools. With the use of laptop computers Detective can respond to a crime scene and print statements from victims or witnesses immediately. Detectives take digital crime scene photos and generate a composite drawing of a suspect using a computerized suspect-sketching program.

The Division of Police uses an Automated Fingerprint Identification System, which interfaces with the Ohio Bureau of Criminal Investigation of the Attorney General's Office. This enables crime scene fingerprints obtained by investigators to be instantly checked against Ohio's fingerprint file for possible suspect identification.

The Cleveland Heights Division of Police has been nationally recognized for the excellence of its school programs. Each year, the Division makes more than 100 visits to schools and presents American Automobile Association-approved programs to primary grade students. Bicycle rodeos held at Cleveland Heights schools raise bicycle safety awareness and promote safe riding practices for school-aged children. In addition, the Safety Town program is now in its fourth decade of teaching pedestrian and personal safety to preschoolers.

Also under the jurisdiction of the Division of Police is Traffic Signs and signals, which is responsible for traffic signals; sign manufacturing, design and installation; and street marking.