A message from Mayor Kahlil Seren

The city of Cleveland Heights will be closed on June 20th, 2022, in observance of Freedom Day. This year, I introduced and City Council passed an amendment of our wage and salary ordinance making Juneteenth an official holiday in Cleveland Heights.

For those who may be unfamiliar, Juneteenth, or Freedom Day, is celebrated every year on June 19th, the anniversary of the news of emancipation reaching the last enslaved people of African decent in this country. My ancestors and my wife’s ancestors were slaves. Growing up, I was immersed in a cultural richness that honored them and carried on their traditions. I played African drums and performed at Karamu House, the oldest producing African American Theatre in the nation. The food we ate, the clothing we wore helped me stay connected to an identity that slavery often ripped away.

Having been educated about my family’s history in this country and staying very aware that the struggles are not over is a part of my reflection during the month of June. While I am fortunate to have important close family connections to the LGBTQ community, June also includes celebrating my Blackness. Like I’ve said, Black includes all shades and the LGBTQ+ community includes all races. All struggles for justice and respect are connected. There is enough room in the month of June to celebrate all the aspects of ourselves and our community that fill us with Pride.

On Wednesday, June 1, the City of #ClevelandHeights held its first-ever Progress Pride Flag Raising in front of Cleveland Heights City Hall to commemorate the beginning of #PrideMonth. At the flag-raising, Mayor Seren announced three pieces of legislation to make the City of Cleveland Heights more inclusive and equitable in regard to members of the community who are LGBTQ+. Mayor Seren was joined by two guest speakers, Malia Lewis, Cleveland Heights-University Heights Board of Education President, and Kenyon Farrow, writer, activist, director, and educator plus a Cleveland Heights resident who is the Managing Director of Advocacy and Organizing for the national health equity organization PrEP4All.

About the Progress Pride flag

Designed in 2018 by Graphic designer Daniel Quasar, Quasar added a five-colored chevron to the classic 1978 Rainbow Flag to place a greater emphasis on “inclusion and progression.” Quasar’s Progress Pride Flag added five arrow-shaped lines to the six-colored Rainbow Flag, which is widely recognized as the symbol of lesbian, gay, bisexual and transgender (LGBTQ+) community.

The flag includes black and brown stripes to represent marginalized LGBTQ+ communities of color, along with the colors pink, light blue and white, which are used on the Transgender Pride Flag. 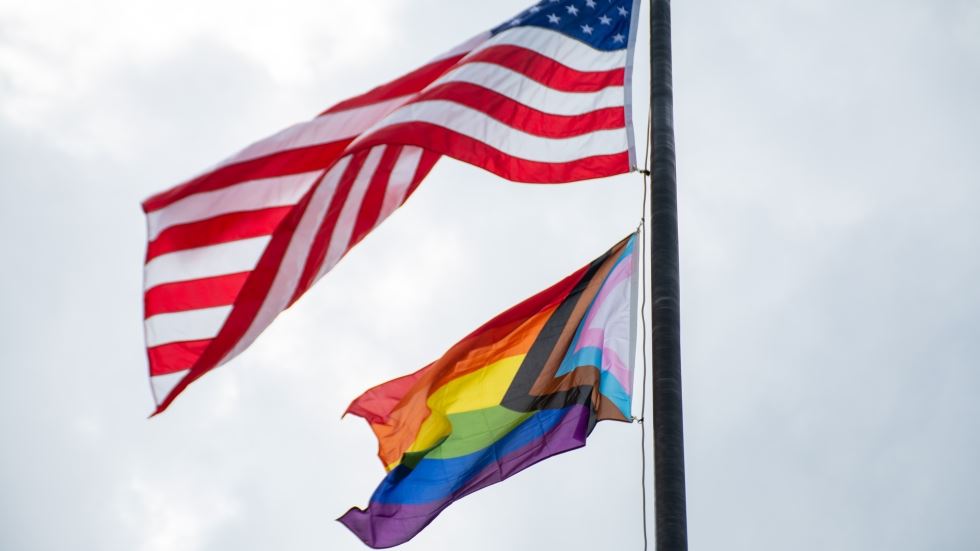 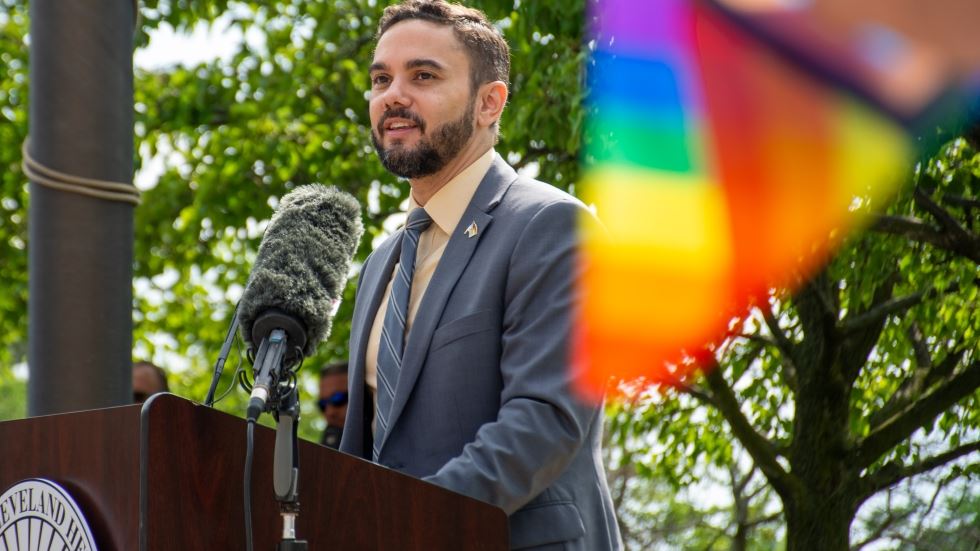 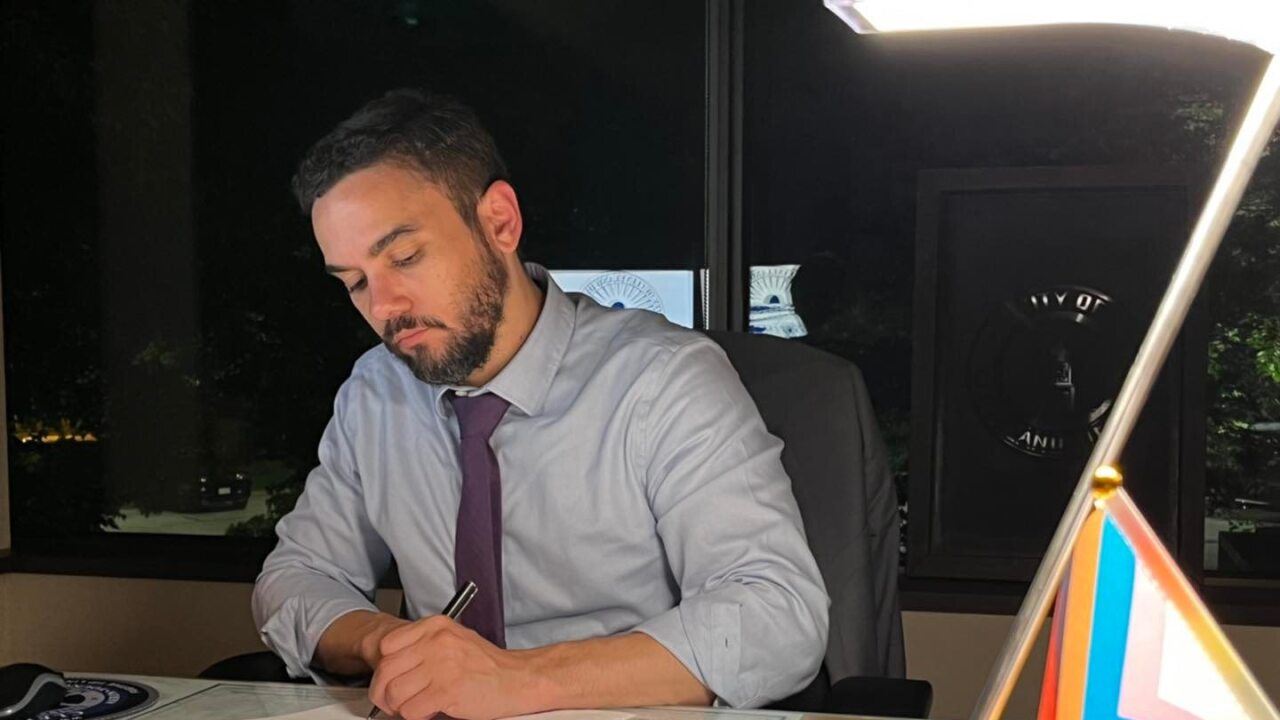 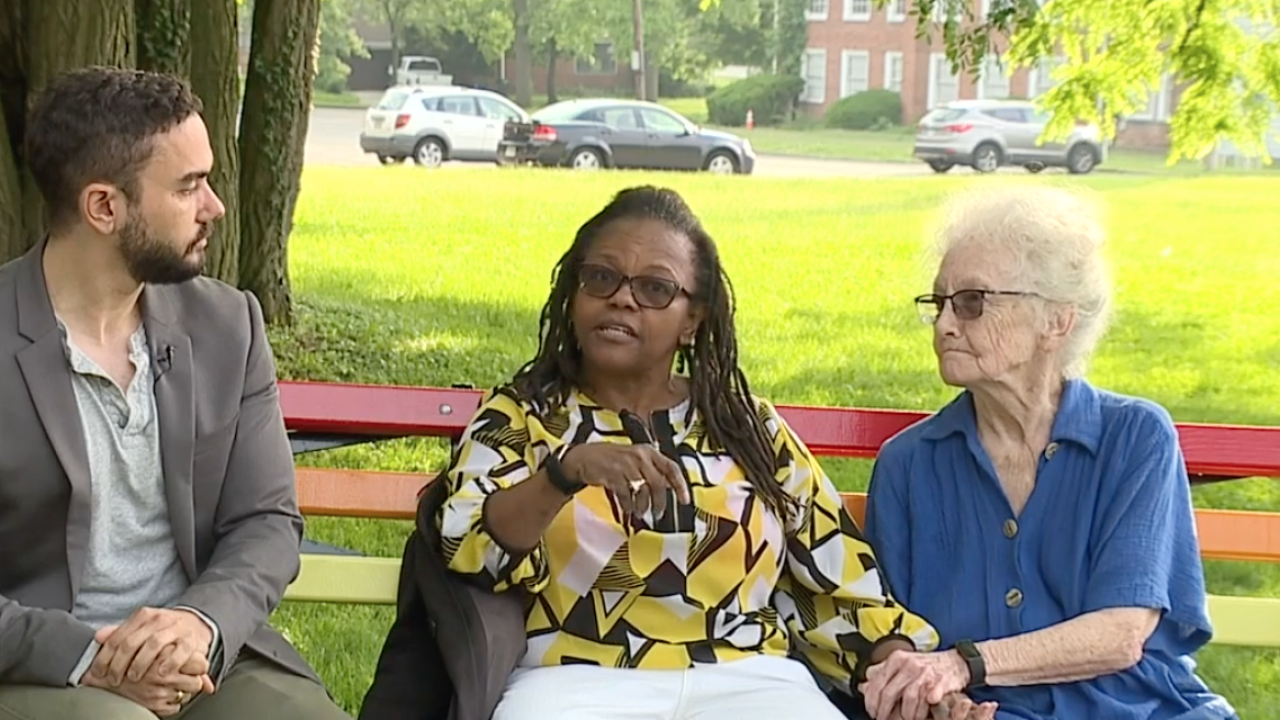 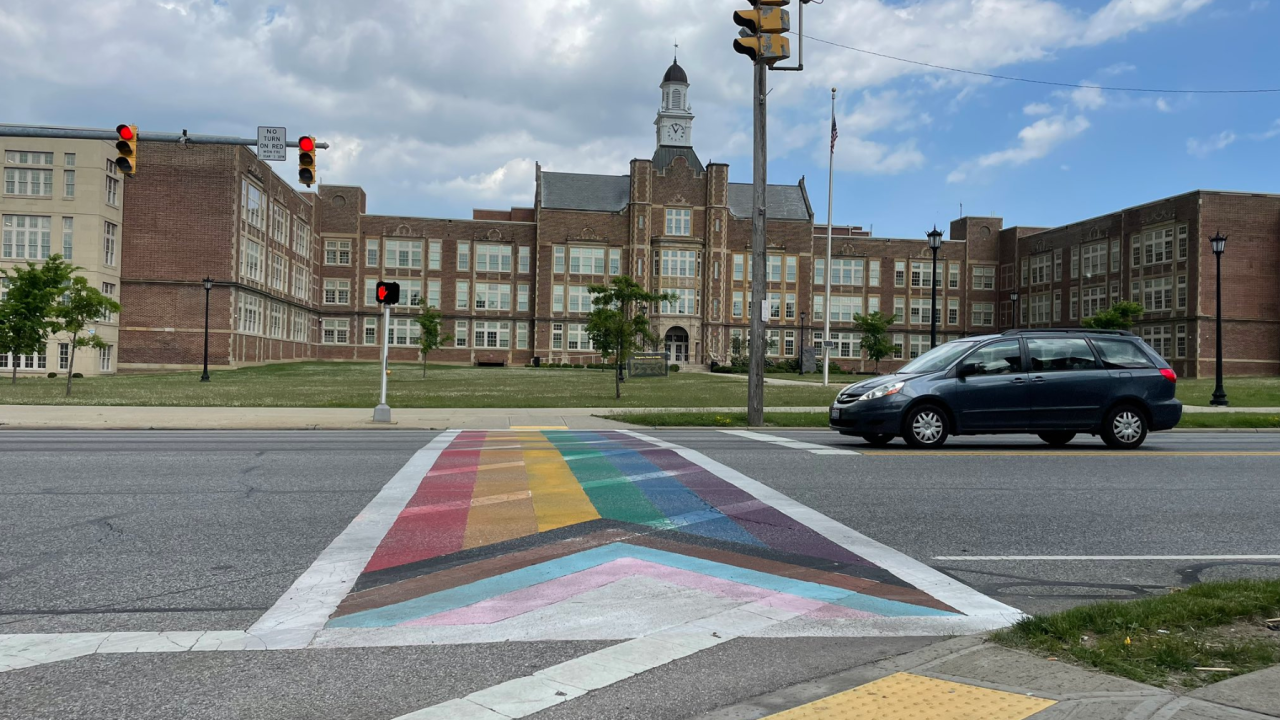 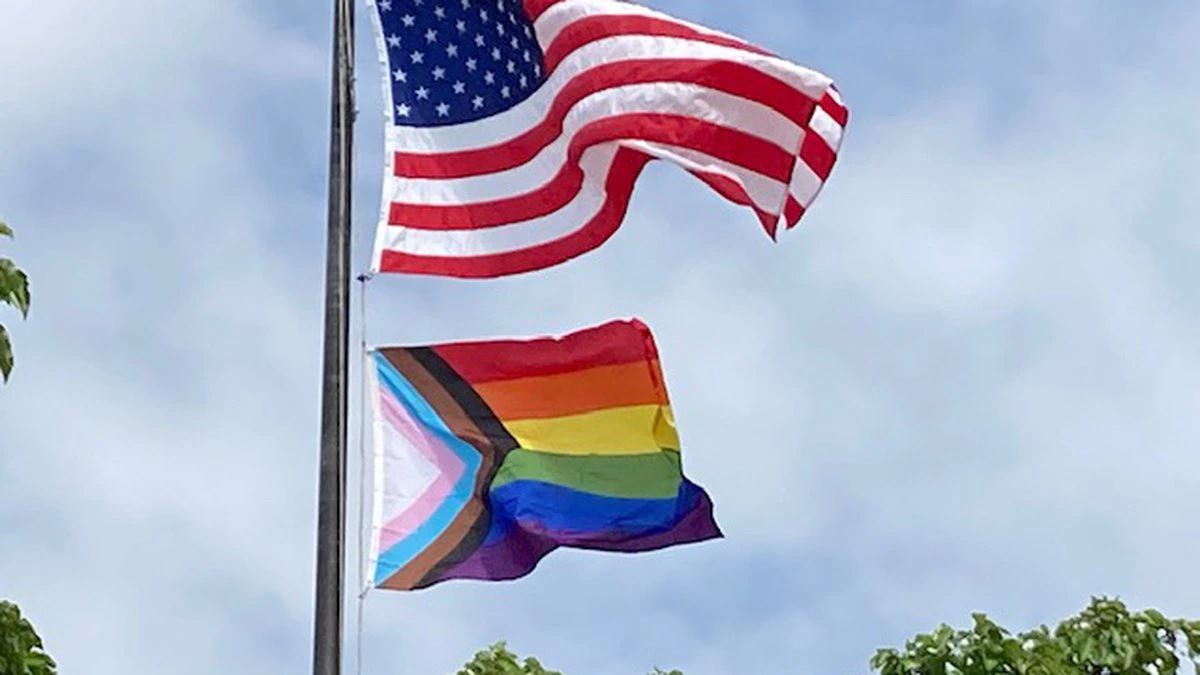